Rannoch Moor is at the heart of the Scottish Highlands, a vast area of bog and pools surrounded by hills that could easily have been lifted from the pages of Tolkien. And whilst a railway runs across it, and an A road skirts its edges, it is largely unaffected by intrusive man-made structures. The majority of Rannoch Moor is recognised as a core area of wild land in Scottish Natural Heritage's Wild Land Areas Map, the most recent revision of which was published in June of this year. 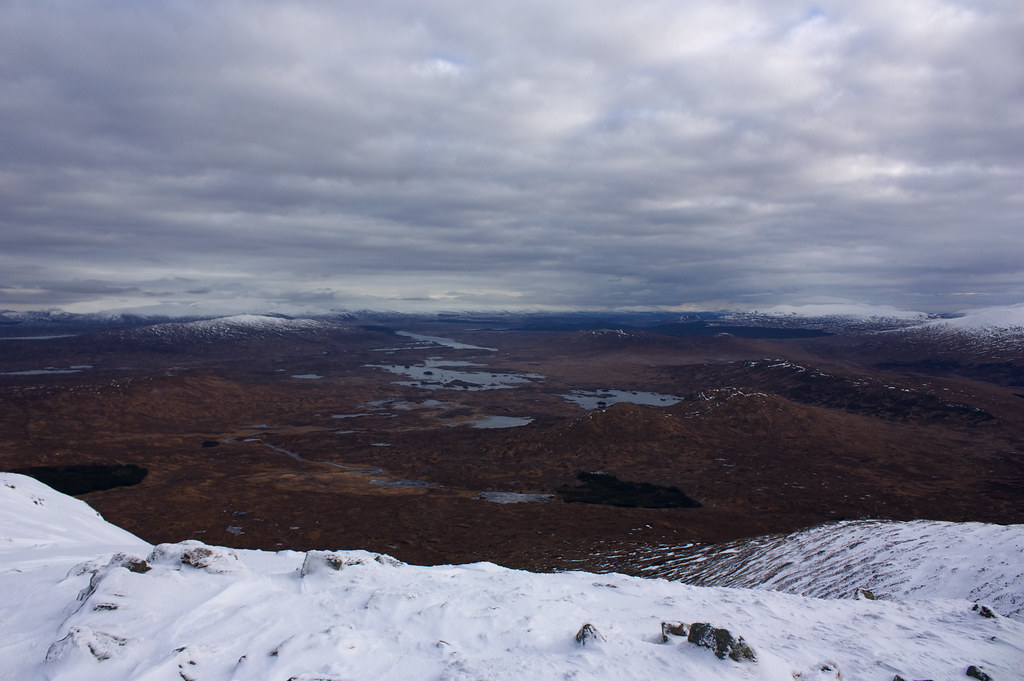 These areas of wild land are considered amongst the finest in the country and have been found to be highly sensitive to anything in the way of development. Now a Dutch company are proposing to site a new 24-turbine wind farm in this area, in a corner of wild land bordering Loch Ericht and Loch Rannoch at the eastern side of the moor. This is an area that I am very familiar with, having backpacked near it on several occasions. Though the site does not encompass any Munros or Corbetts, it would be highly visible from a large number of hills in the central Highlands, a visual intrusion completely unprecedented and unsuited to this beautiful, wild landscape. 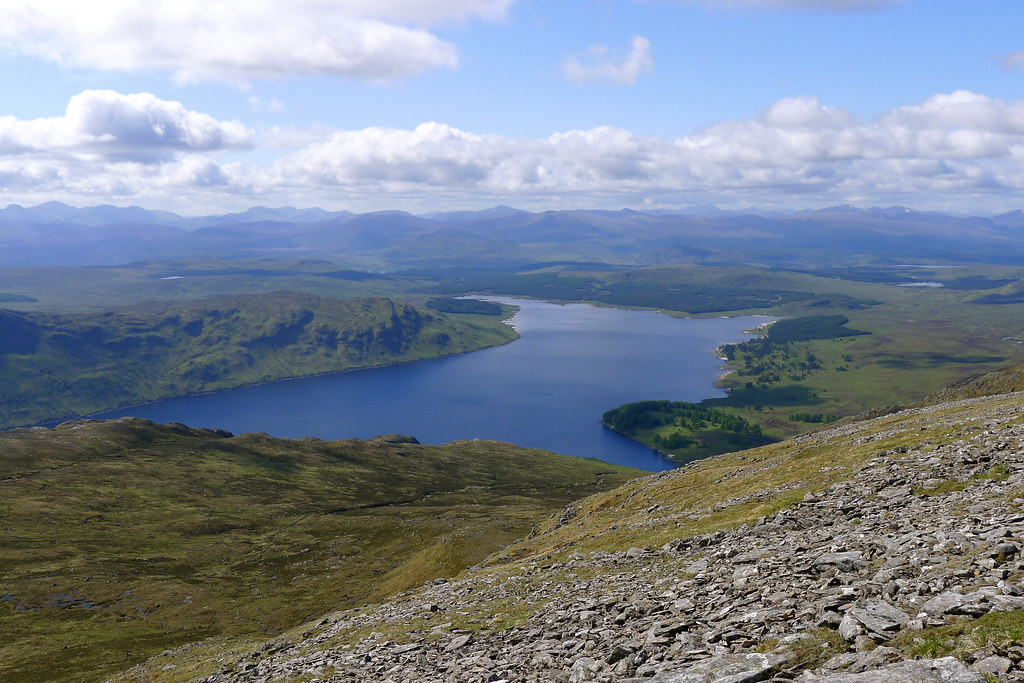 (Above) Seen from the slopes of the remote Munro Ben Alder the wind farm would cover the hills to the left of Loch Ericht stretching away towards Loch Rannoch just visible in the distance. 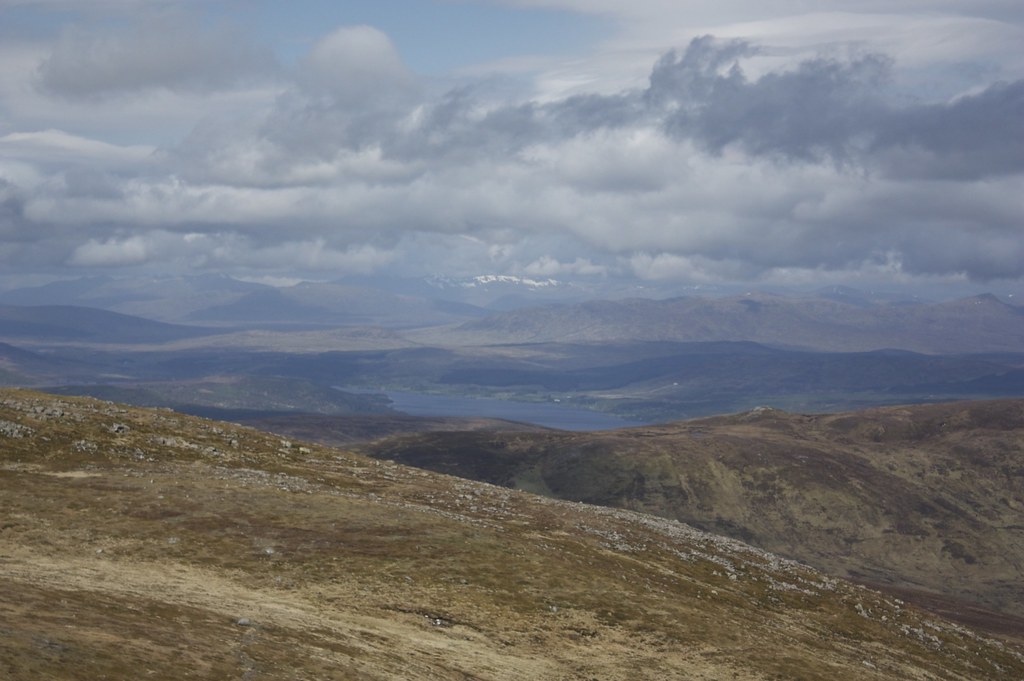 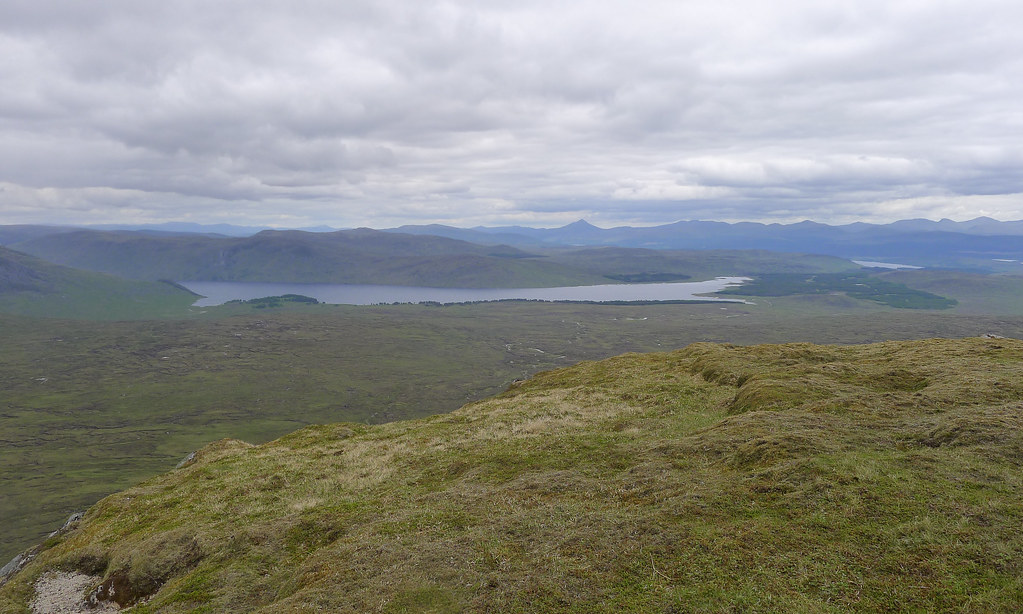 (Above) Seen from the Munros above Loch Ossian the wind farm would cover the hillside beyond Loch Ericht to the right of centre of the photo. 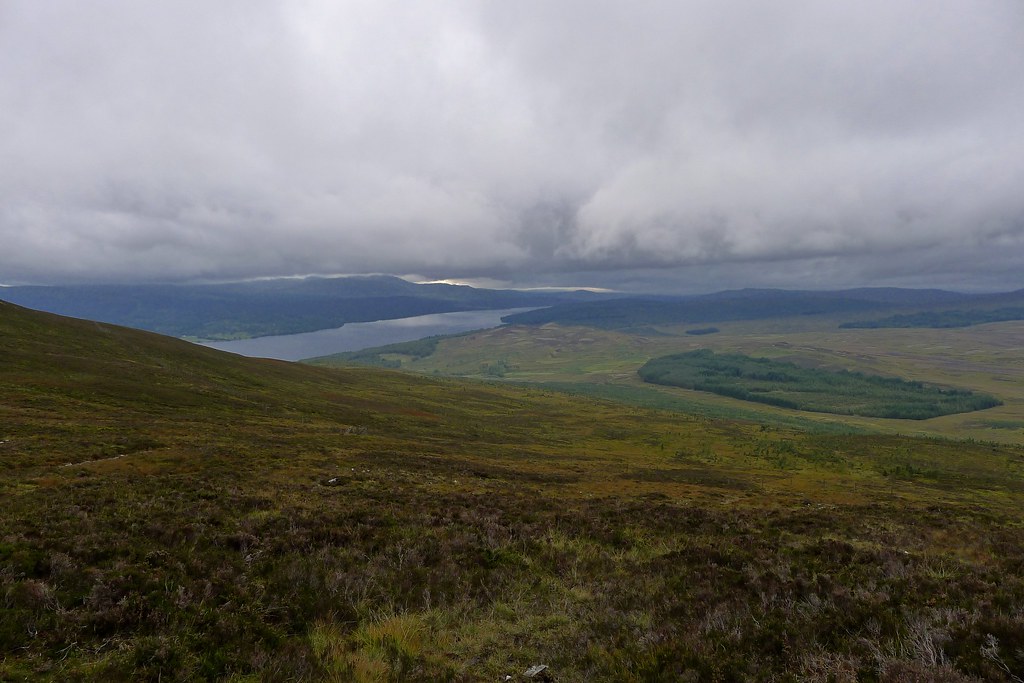 This proposal is seen as a test case through which, it is hoped, the strength and conviction of the revised Scottish Planning Policy will be demonstrated. It is vitally important for all other core areas of wild land that this development be rejected. Campaign groups, including local residents, the Mountaineering Council of Scotland and the John Muir Trust are calling on people to lodge an objection to this development.

Details of how you can object are on the MCofS campaign page and you'll have to hurry as these must be received by the 5th August.

My objection letter is reproduced below and draws upon the eloquent letters already posted online by James and Ian.

I am writing to you to object to the proposal from Talladh a Bheithe Wind Farm Ltd to erect 24 wind turbines on moorland between Loch Rannoch and Loch Ericht in Highland Perthshire. The basis of my objection is a) the potential for irrevocable damage to a key area of wild land and b) the impact this development would have on local businesses, residents and tourism in the area.

Scotland’s wild land is a unique asset, one recognised by the most recent update to Scottish Planning Policy (June 2014) which states:

“Wild land character is displayed in some of Scotland's remoter upland, mountain and coastal areas, which are very sensitive to any form of intrusive human activity and have little or no capacity to accept new development. Plans should identify and safeguard the character of areas of wild land as identified on the 2014 SNH map of wild land areas.”

The proposed development is within Wild Land Area 14 of the 2014 SNH map and only 2km north of the Rannoch and Glen Lyon National Scenic Area. This is an area of wild land at the very heart of Scotland, surrounded by iconic mountain landscapes, from Glencoe and Lochaber in the west to Ben Lawers and Schiehallion in the east, with Ben Alder and the southern hills of the Cairngorm National Park only a little way to the north. The visual impact of a major industrial site seen from these hills will irrevocably ruin the landscape for generations to come.

Whilst I recognise the need to transfer to low carbon energy and increase our energy security I cannot help but think that siting wind developments in core areas of wild land is misguided and the result of short term target driven policy. Onshore wind power will be superseded by better technologies in wave and tidal generation within the next decade or two. At that point we will be left with aging onshore wind farms sited in areas that make it expensive and difficult to maintain and eventually decommission.

We would be far better off not creating this problem in the first place and particularly not in areas of outstanding natural beauty which are enjoyed by native hillwalkers and visiting tourists alike. I note that there is considerable opposition to this development from local businesses who are far more effective than multinationals in creating local employment and, critically, retaining and using the profits of that employment in the local community. Residents too have expressed their concerns at the nature of the development. It appears to be the wrong proposal in the wrong place.

I believe that planning policy should uphold the values of wild land and support local business and residents and urge you to reject this application.

Please take a few minutes to put together your own words and send them through to the Planning Officer. Once a landscape like this is lost there is very little chance of restoring it and there is potential for this to open up the floodgates to other developments in the area with little or no consideration for their impact on wild land in Scotland.